The primary role of Master Builders is to promote the views and interests of the building and construction industry.  Master Builders also provides services to members in a broad range of areas including contracts, training, legal services, industrial relations, building codes and standards, industry economics and OH&S.

Master Builders has a broad range of members across the NT including Darwin, Katherine, Tennant Creek, Alice Springs and Nhulunbuy. Members are active in both commercial and residential sectors and are drawn from a range of trades, professions and backgrounds.

David Malone is the Executive Director for Master Builders Northern Territory.  He is also director of local firm, Territory Economics and Management, as well as Board member of:

He has held may senior roles in both Government and the private sector in the Territory, including leading the Major Projects Group in the Department of the Chief Minister during the phase that delivered the:

He was also part of the group to deliver the first Construction Industry Plan for the Territory in the 1990’s, the Gas On-shore Campaign in the early 2000’s and now the Industry Capability and Capacity Study in partnership with Defence. 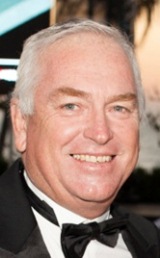